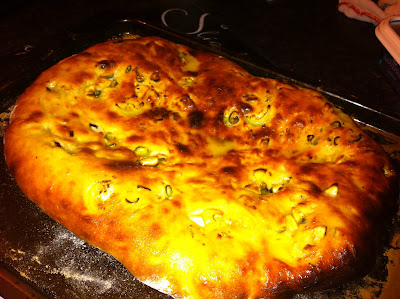 I was so so chuffed with myself when i had a go at doing naan bread. It came out so so good i could of eaten just the naan bread on its own.

The first time i tried to make naan bread it came out very nice but it just tasted like normal bread. I make chapattis usually to go with my curry and on special occasions i would cook batura's or poories. But i have always loved naan so much so i had to give it another go.......

To be mixed in at the end:- (combinations are changeable to suit your taste)

1-2 green chilli ( i like just one but two is very hot but nice)
3 roughly chopped garlic cloves (but according to taste. I sometimes use more or less)
2 tbs roughly chopped fresh coriander
1/2 tsp black onion seed's (kalonji) Optional

Butter or ghee for spreading:- 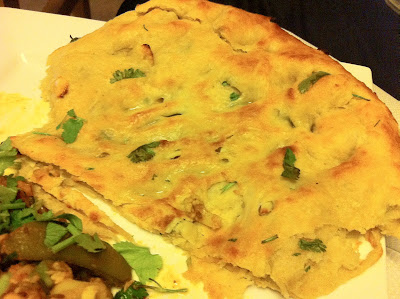 Directions:-
1)Mix the flour, yogurt, salt, sugar, oil and yeast together in a bowl and gently knead the dough gently in a folding action, just for a few minutes until the dough is smooth.

2)If you have a metal bowl, place the dough in there and in a warm place for at least 4 hours, but the longer the better. No more than 10 hours though otherwise the end result will be sour. Cover the bowl and prick one or two little holes to let a bit of oxygen in to help with the process.

3)Pre-heat the oven to full blast.

4)When the dough has risen to over double its volume, remove the cover and sprinkle on all of the other ingredients, reserving some of the coriander for sprinkling on at the end. Give the dough another quick knead just to roughly incorporate the ingredients together.

5)sprinkle a baking tray with some plane flour and press and shape the naan into the tray. It tends to work better if the edges are a bit thicker and parts of the inside nice and thin to crisp up.

6)Place on the very top shelf and keep a close eye on it because it can burn quickly. It should only need anything between 4-10 min but no more.

Sprinkle with coriander and serve with a meat or vegetable curry.

Email ThisBlogThis!Share to TwitterShare to FacebookShare to Pinterest
Labels: bread